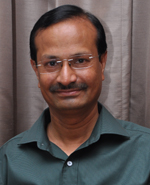 Sanjay Kumar is Professor and currently the Director at the Centre for the Study of Developing Societies (CSDS). He is one of the founding member and currently the Co-director of Lokniti, a research program of CSDS. His core area of research is Electoral Politics, but has also been engaged in conducting research on wide range of themes---Indian Youth, State of Democracy in South Asia, State of Indian Farmers, Slums of Delhi and Electoral Violence. He has written several books, edited volumes, contributed chapters for edited volumes, published a in various national and international research journals. His most recent book is Post Mandal Politics in Bihar: Changing Electoral Patterns. His other publications include Changing Electoral Politics in Delhi: From Caste to Class, (with Praveen Rai) Measuring Voting Behaviour in India, (with Peter R de Souza and Sandeep Shastri) Indian Youth in a Transforming World: Attitudes and Perceptions, Indian Youth and Electoral Politics: An Emerging Engagement, (with Christophe Jafferlot) Rise of Plebeians? The Changing Face of Indian Legislative Assemblies, and (with Suhas Palshkar and Sanjay Lodha) Electoral Politics in India: Resurgence of the Bhartiya Janata Party